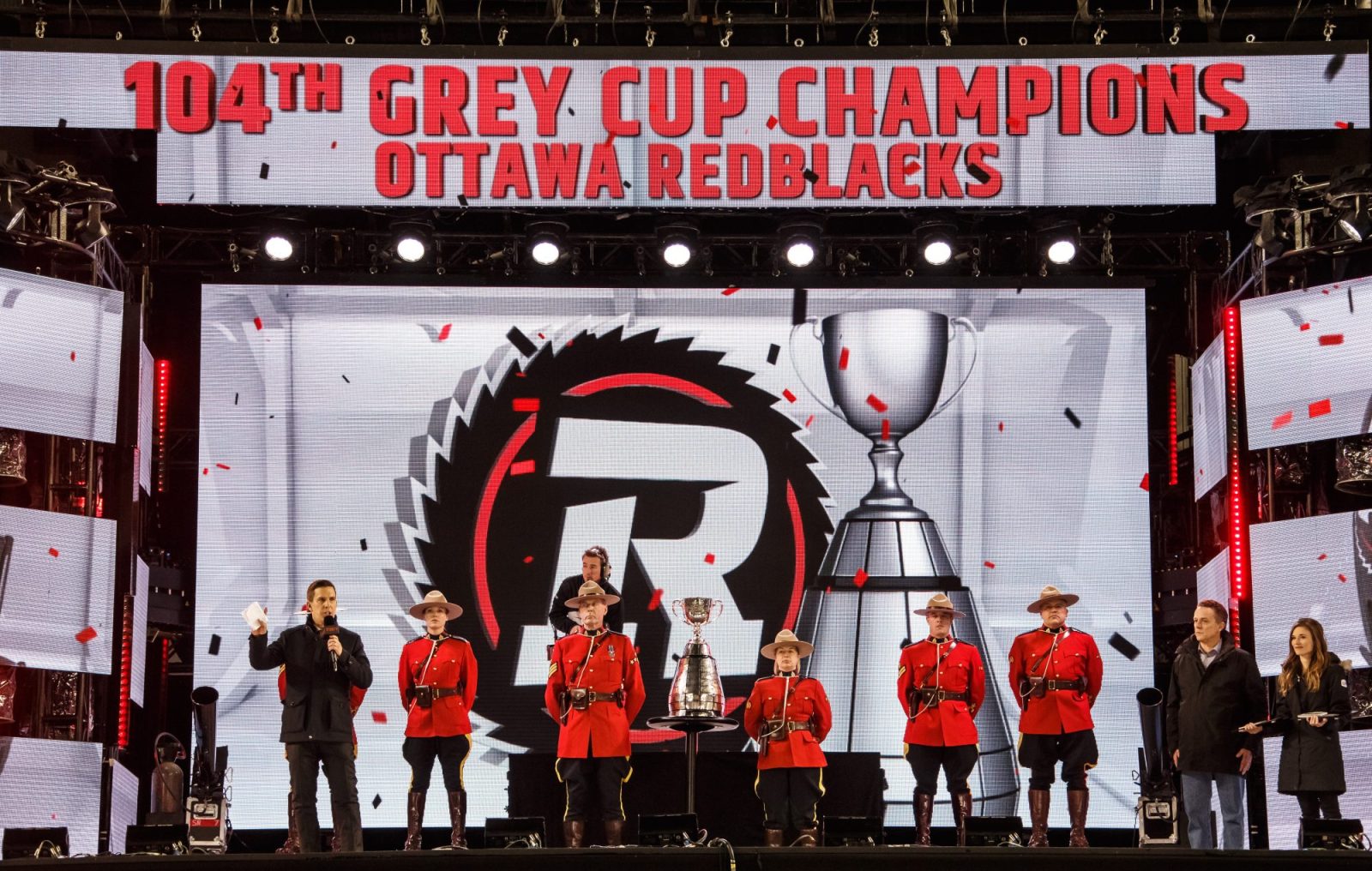 Though it likely feels like a much longer period of time, nearly six years have passed since the Ottawa REDBLACKS won their first Grey Cup in 2016.

On a cold November night at BMO Field in Toronto, the REDBLACKS took on the heavily-favoured 15-2-1 Calgary Stampeders in the championship contest. Against all odds — faced with a juggernaut team and star quarterback Henry Burris hobbled by a pre-game injury — Ottawa earned a thrilling 39-33 overtime win, clinching the 104th Grey Cup, and the franchise’s first championship.

It was a special team that ended a 40-year championship drought for the city of Ottawa, and while the current iteration of the REDBLACKS looks very different, there are still more than a few holdovers from the championship squad.

A REDBLACKS original, having been selected fourth overall by the team in 2014, Pruneau was a key component of the REDBLACKS team that went on to win a championship.

Though the 2016 regular season was an up-and-down one for the team, Pruneau appeared in 17 games, recording 69 tackles, a sack, and an interception.

It wasn’t just during the regular season that Pruneau contributed, though, with five tackles in the championship game, and helping the Ottawa defence to cap off their victory in overtime.

Kanneh put forth one of the best CFL seasons of his career in 2016, his third with the REDBLACKS. The United Kingdom native suited up for 16 regular season contests, with a statline of 52 tackles, a sack, three interceptions, and a forced fumble.

Much like the rest of the REDBLACKS defence, the Grey Cup game itself was also a productive one for Kanneh, who recorded four tackles, and sack of Stampeders quarterback Bo Levi Mitchell.

At the end of 2016, Kanneh found himself not only a Grey Cup Champion, but a CFL East Division All-Star, as well.

A special teams standout for the entirety of his CFL career, Gillanders won a Grey Cup with his hometown team in 2016.

The fateful season saw him appear in 10 regular season games, notching five tackles, to go with 23 rushing yards on six carries.
Gillanders was an essential Canadian on the roster for the squad that won the 104th Grey Cup.

Though Laing didn’t join the REDBLACKS until the end of the 2016 season, he made up for lost time.

After moving on from the NFL’s Miami Dolphins, Laing signed with Ottawa mere days before their regular season finale, though appeared in the game anyway, true to form.
From there, Laing suited up for two postseason games, including the Grey Cup contest, serving as a stalwart on a ferocious Ottawa defensive line. It would be the first of two Grey Cup victories for Laing.

Two of the current REDBLACKS standouts were on the 2016 Grey Cup squad, but missed the bulk of the season due to injury. Powell with a torn achilles, and Romick with a ruptured bicep, and subsequently a broken thumb.