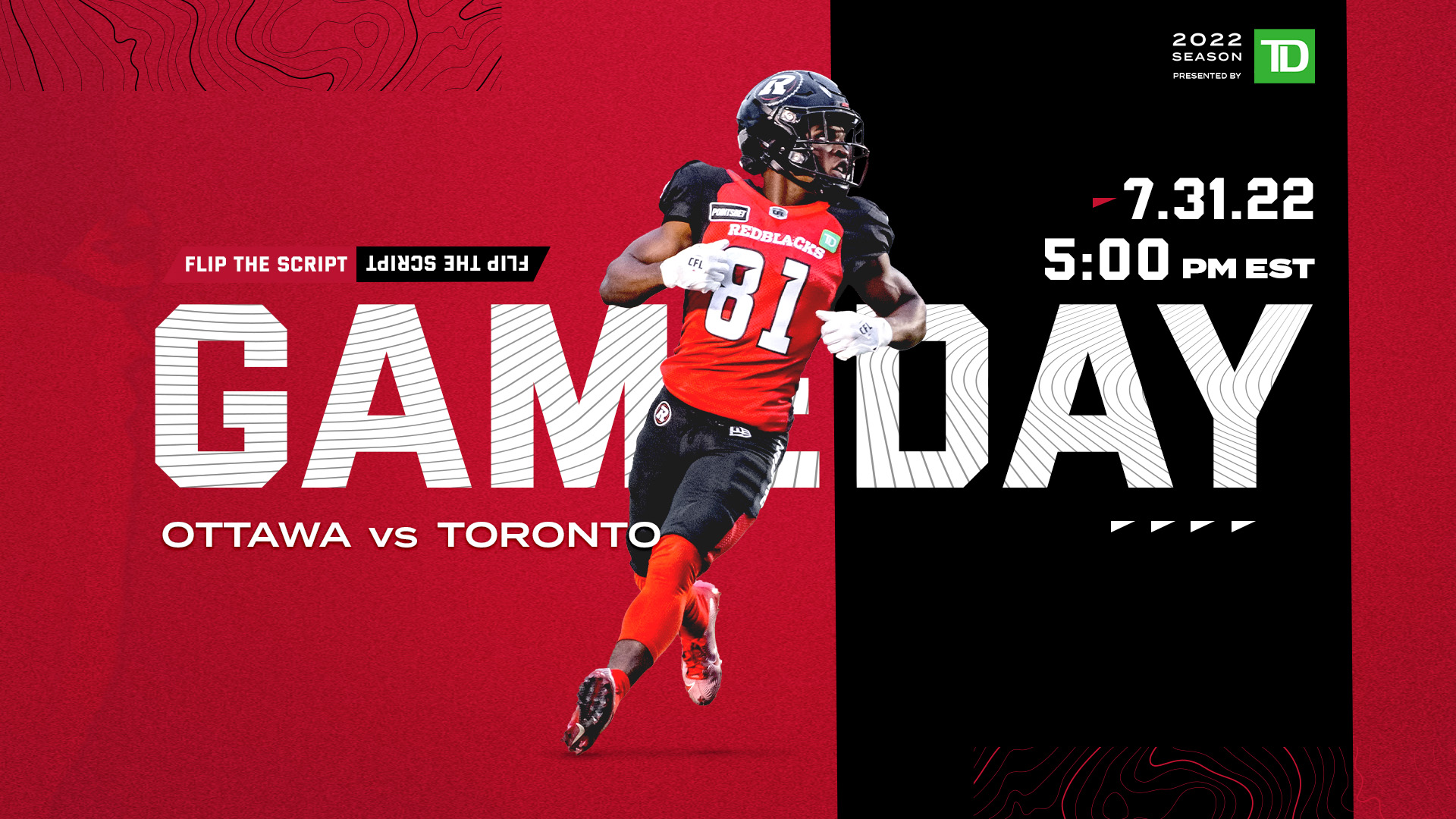 In a key East Division matchup, the Ottawa REDBLACKS are looking to come away with their first win of the season, against the Toronto Argonauts at BMO Field.

It was a heartbreaker for Ottawa just over a week ago, when they fell 40-33 to the Montreal Alouettes, after they were unable to tie the game in its dying moments. Caleb Evans threw a touchdown pass to Darvin Adams, and rushed in two of his own in the effort, with league-leading receiver Jaelon Acklin racking up 133 yards through the air.

Toronto earned a 31-21 win over the Saskatchewan Roughriders at Mosaic Stadium, a week ago, with some last-second theatrics of their own. Andrew Harris rushed for 143 yards, while Mcleod Bethel-Thompson threw for 336, and two touchdowns. With Saskatchewan looking to mount a comeback, Robbie Smith forced a fumble for the Argos, that was recovered by Enoch Penney-Laryea in the endzone for a Boatmen touchdown.

Caleb Evans, quarterback, on maintaining focus during a tough stretch: “You have to look at the good things and the bad things, and improve. We have a game plan each week, so our job is to study, and execute that plan.”

Jaelon Acklin, receiver, on embracing the underdog mentality: “We’re thinking like our backs are against the wall and we have to do something. We can either lay down and feel sorry for ourselves, or we have to show up. We have to quit talking about it and actually be about it. You can’t be afraid to fail, we have nothing to lose. Nobody thinks we’re going to win, they’ve written the season off for us. Hopefully, we come out and prove them wrong.”

Mike Benevides, defensive coordinator, on keeping high expectations: “This is not the expectation of where we would be. Yeah, there have been some great close games. And yes, it could be entirely different, but it’s not. The players know they’re better than what’s presented itself and they know this has to get done.”