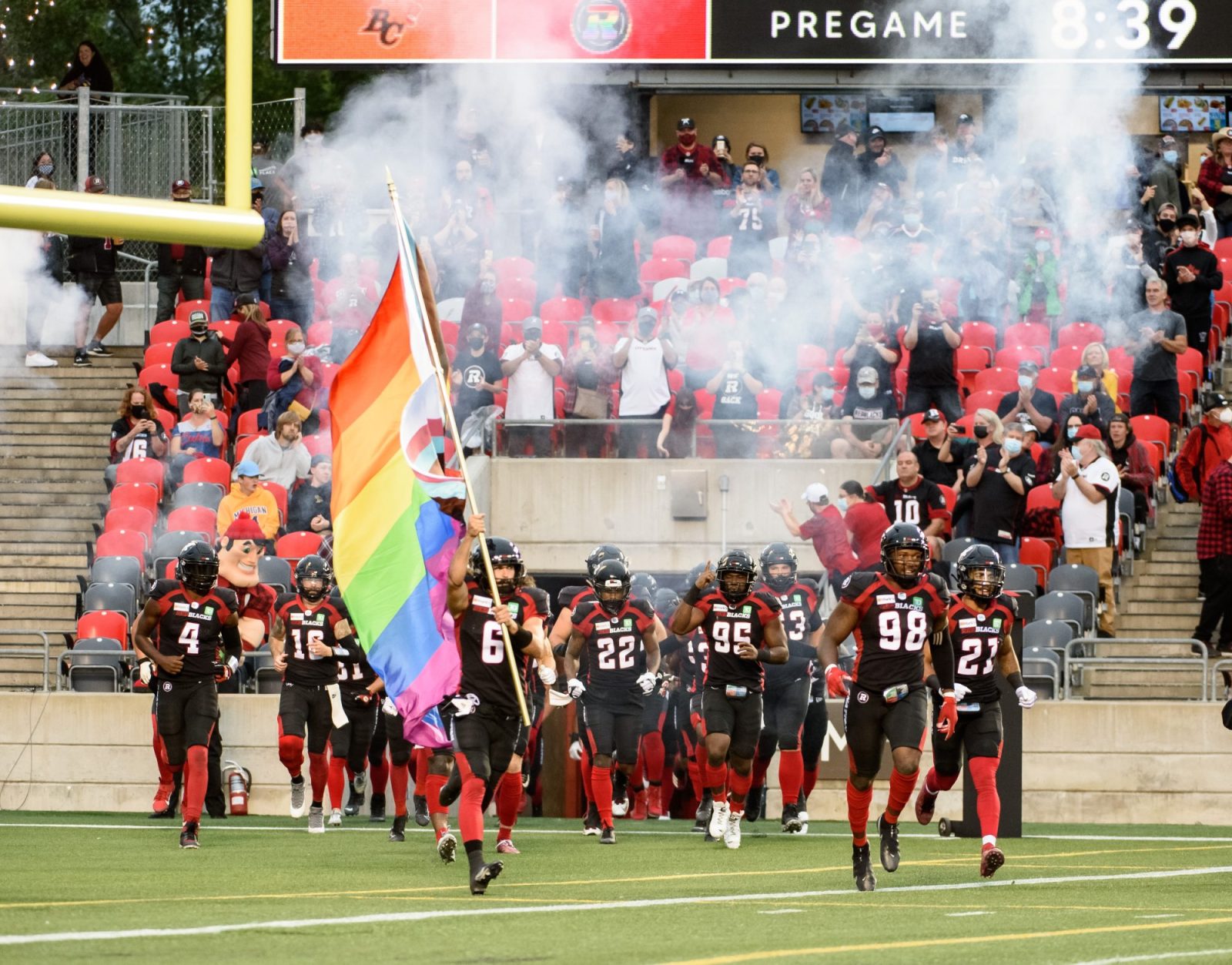 As an outspoken 2SLGBTQ+ advocate, Amanda Jetté Knox is no stranger to backlash. While it usually contains itself to Twitter; or other, less tangible means, the ignorance that some people carry became a bit too real, recently.

On May 23, while walking home from the store, two men driving by yelled obscenities at Knox, and threw a bottle at their head, that narrowly missed its target.

“It was the first time that anyone has physically attacked me, based on who I am,” said Knox. “So that was tough, and I think it shook my family up a little bit too.”

As a non-binary person, the importance of standing up for the 2SLGBTQ+ community — both at home in Ottawa and at large — was brought more into focus in 2014, when their middle child, Alexis, came out to the family as a transgender girl. Soon after, Knox’s spouse, Zoe, came out as a transgender woman.

Knox took the opportunity to become more vociferous in their advocacy, particularly through the medium of writing. They authored national best-selling book Love Lives Here: A Story of Thriving in a Transgender Family, and remain prolific on their popular blog.

It all goes to show that the vocal minority that hold bigoted ideals have done nothing to deter Knox. They have been numerous honours, including the Order of Ottawa in late 2021.

Among those who sought to honour Knox for her dedication to inclusion, of course, were the Ottawa REDBLACKS, who reached out with an award of their own.

During their August 28, 2021 matchup with the BC Lions, Mayor Jim Watson presented Knox with a wood cookie, for her mental health, and 2SLGBTQ+ advocacy in the community.

“That meant a lot at the time, because I had very, very recently come out as non-binary,” Knox recalled. “I was still feeling really vulnerable about that, and a little scared to be living as myself. The world had always known me a certain way. So I wasn’t really sure how the community was going to accept me, but when I got to the game, everyone was so nice.”

As the REDBLACKS celebrate the 2021 edition of their Pride night, Knox — in attendance with their family —  took a moment to take a picture of the team running on to the field, carrying a Pride flag.

It makes sense, all things considered. Sports, especially those dominated by men, have long been pushed to become more inclusive spaces for everyone, and deservedly so. Though progress has been made, Knox says there are still things that teams, and larger organizations can do to make sports, and the communities in which they’re played safer spaces.

Visibility is an important aspect. Openly-2SLGBTQ+ athletes are few and far between, but Knox points to the importance of laying the groundwork. In order to have openly 2SLGBTQ+ athletes, they must be provided with a safe space in which to display their authentic selves.

“I think that when we see that visibility happen in sports, it creates that safety in an area that really still needs it. So it really just isn’t isn’t about it is about making a political statement, so  much as it’s saying, ‘you’re safe here, you are safe to participate here, you are safe to be here you are among people who care about you, understand you, and accept you’.”

With sports teams, and organizations often being referred to as family environments, the example set by Knox and their family could be a good one for sports teams to follow in fostering those spaces of inclusion.

They say that their family dynamic changed when family members came out, but only in the sense that the rest of the family became focused on safeguarding, and providing their child, sibling, or spouse with whatever they needed to feel safe, and accepted.

“I think the same thing could be applied to a sports team. You have that bond, and you should love the person for who they, are not your expectation of who they should be.”

Though the rise of anti-2SLGBTQ+ sentiments has been somewhat alarming, Knox remains steadfast in their advocacy for human rights, both in Ottawa, and in society at large. Even after a narrow miss from a bottle, Knox and their family remain deeply in love with the nation’s capital, and are often stopped by people on the street who express their love, and appreciation.

It seems apparent that love lives here, too, in Ottawa.

“I like to remind myself that there is way more love out there than hate. The hate is just loud,” said Knox. “But the thing about hate is it burns out really quickly, and love is like that slow burn that lasts a long time.”

“Over the years, we have been shown so much love from this city. I don’t expect that’s going to change, so we’re not going to let the hate get us down. We’re just going to keep living our lives, and accepting the love when it comes to us.”