Redblacks Look To Cap Off Summer With Win Over ElksEN ANGLAIS 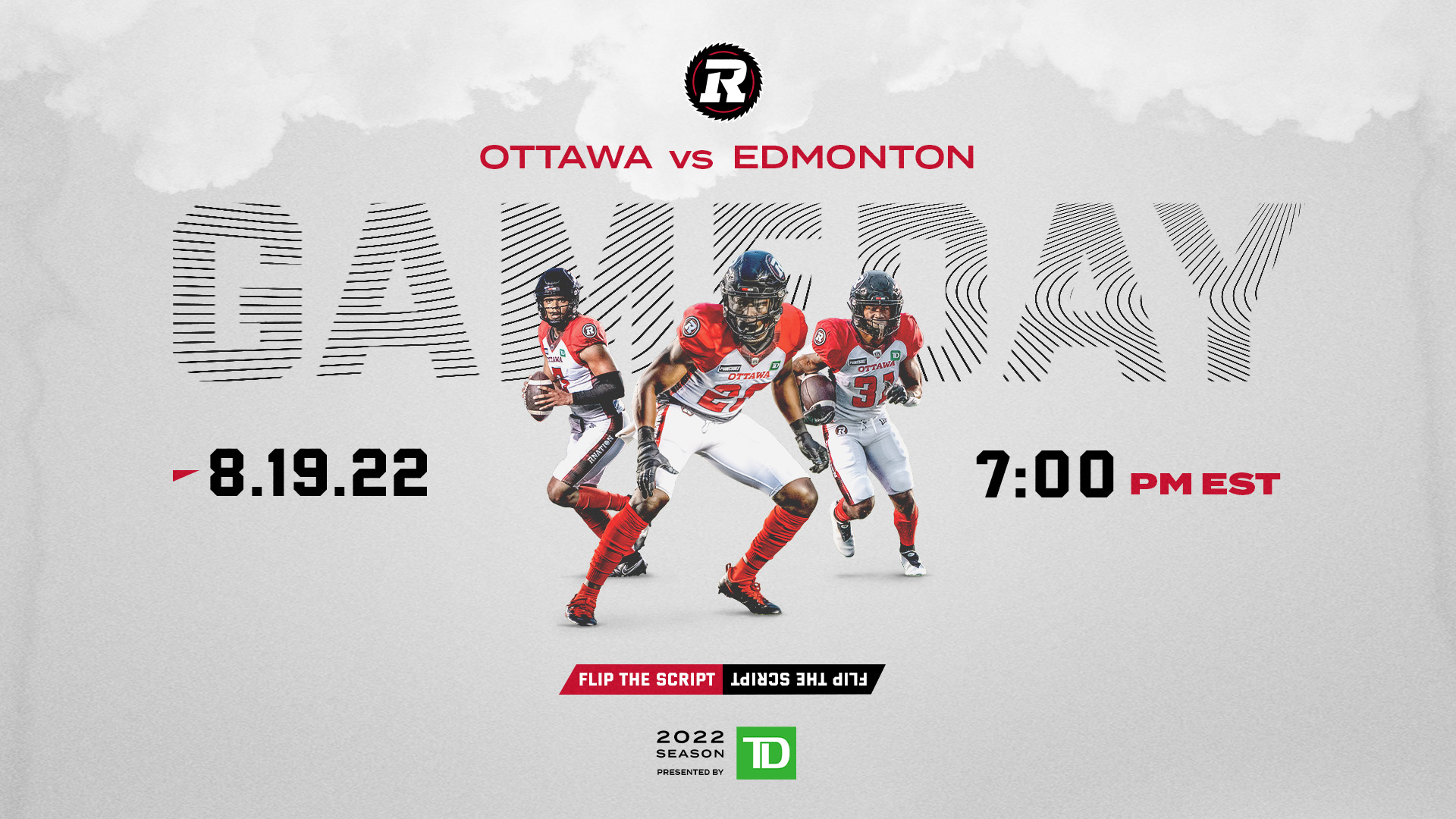 Redblacks Look To Cap Off Summer With Win Over ElksEN ANGLAIS

While celebrating Pride at their End of Summer Bash, the Ottawa REDBLACKS are searching for a much-needed win, Friday, with the Edmonton Elks in town for a 7:00pm kickoff at TD Place.

The REDBLACKS were on a bye last week, following a 17-3 loss to the Calgary Stampeders.

Edmonton is on a three-game skid, most recently falling 34-23 to the Saskatchewan Roughriders, six days ago. Quarterback Taylor Cornelius went 13/23 for 209 yards, also leading the team with 86 rushing yards, and two touchdowns.

Ottawa is hoping that recent success over the Elks will continue, having notched two victories over Edmonton last season. Caleb Evans, under centre for the REDBLACKS again tonight, earned a victory in his CFL debut on September 28, 2021, throwing for 191 yards and three touchdowns in a 34-24 win at TD Place.

It will also be a big night for REDBLACKS receiver Darvin Adams, who is set to suit up in his 100th career CFL game. The 32-year-old has totalled 5,355 yards on 372 catches, to go with 41 touchdowns in nine seasons.

Shaq Johnson, receiver, on what the REDBLACKS need to earn a win: “It’ll take a whole effort from the 44 men we’ve got on this roster. We’re still here with the mindset of flipping the script. We’re looking at who’s going to set it off first. We’re locked in and ready.”

Ucambre Williams, offensive lineman, on the mood in the locker room: “We’re staying positive. I know losing can bring a cloud over the organization, but we can see the light. In any job, or business, you want to succeed. Everything is not going to be perfect. It’s the game of football, it’s life. You deal with it, wake up the next morning and go back and play.”

Terry Williams, returner, on the success he’s enjoyed this season: “You look at the stat sheet and you see the numbers, you see the good returns, but it wouldn’t happen if the blocks weren’t being made around me. The players who have been here before took me under their wing; they let me know they believed in me, and Coach Dyce puts us in great situations every week.”