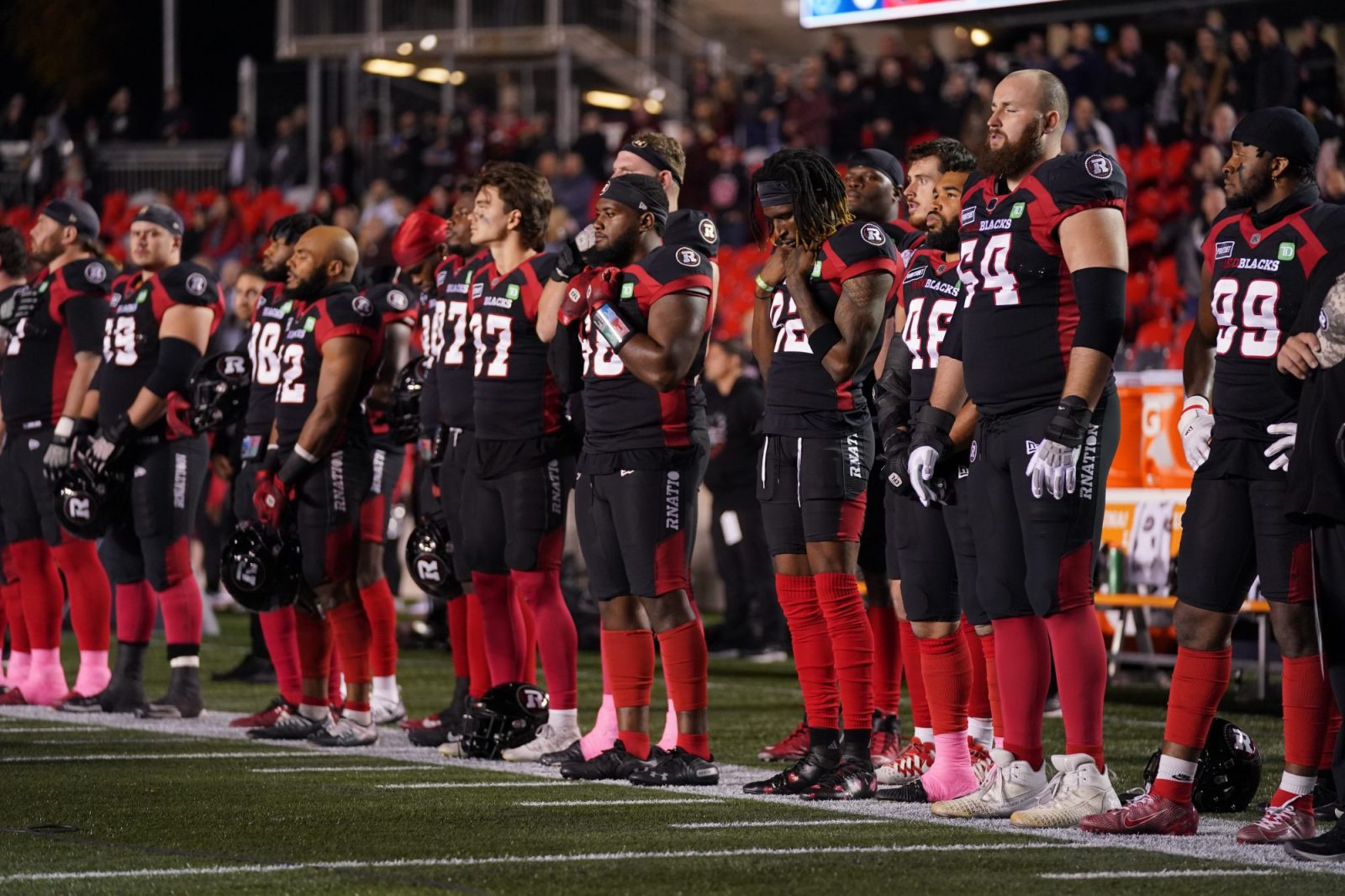 CFL All-Star voting is now in full swing, and a number of Ottawa REDBLACKS have made strong cases to earn the honours, as the 2022 season enters its final weeks.

While they’ve left it all on the field, this year, the vote itself comes down to RNation, and CFL fans everywhere. Fans can visit CFL GameZone to pick up to three custom CFL All-Star ballots from now until 12:59 pm ET on October 31st, download their shareable, personalized custom graphic, all for the chance to win a $5,000 cash prize.

While a number of the REDBLACKS have earned eligibility, a few stand near the top of the leagues as favourites. On offence, Jaelon Acklin’s career season sees him currently sitting third in the CFL with 1,169 receiving yards on the campaign, while Darvin Adams is second on the team with 813 yards, and a pair of touchdowns, and Nate Behar’s 727 yards and two touchdowns through 13 games placed him among the league’s top Canadians.

They’ve been helped, of course, by Nick Arbuckle’s 1,963 passing yards, to go with Caleb Evans’ league-high 12 rushing touchdowns. Devonte Williams has also emerged as one of the league’s top backs, averaging five yards per carry, with 454 rushing yards on 90 touches.

The offensive line, as always, deserves recognition as well. The crew that boasts Darius Ciraco, Jacob Ruby, Ucambre Williams, Hunter Steward and Dino Boyd, have given up an average of just 1.9 sacks per game in 2022, the third-lowest mark in the CFL.

On the defensive line, Lorenzo Mauldin IV’s REDBLACKS record-setting season has catapulted him to the top of the CFL with 14 sacks, and Praise Martin-Oguike has three sacks, and a forced fumble in nine games.

At linebacker, Avery Williams has recorded 75 tackles, two sacks, an interception, and two forced fumbles, and his positional compatriot, Patrick Levels, has 59 tackles, four sacks, and a forced fumble.

In the defensive backfield, Abdul Kanneh has snagged a pair of interceptions, and a forced fumble, to go with 34 tackles, ranking near the top of the Ottawa defensive unit, with Sherrod Baltimore also recording 19 tackles in 10 games on the year.

Of course, there is also Bob Dyce’s special teams unit: perennially one of the CFL’s best. Lewis Ward has made 41 field goals, good for second place in the league, and is converting his kicks at a rate of 83.7%. Richie Leone’s 4,337 punt yards is the second best mark in the league, and on the cover units, Ty Cranston has recorded 13 tackles, tying him for fifth, league-wide.