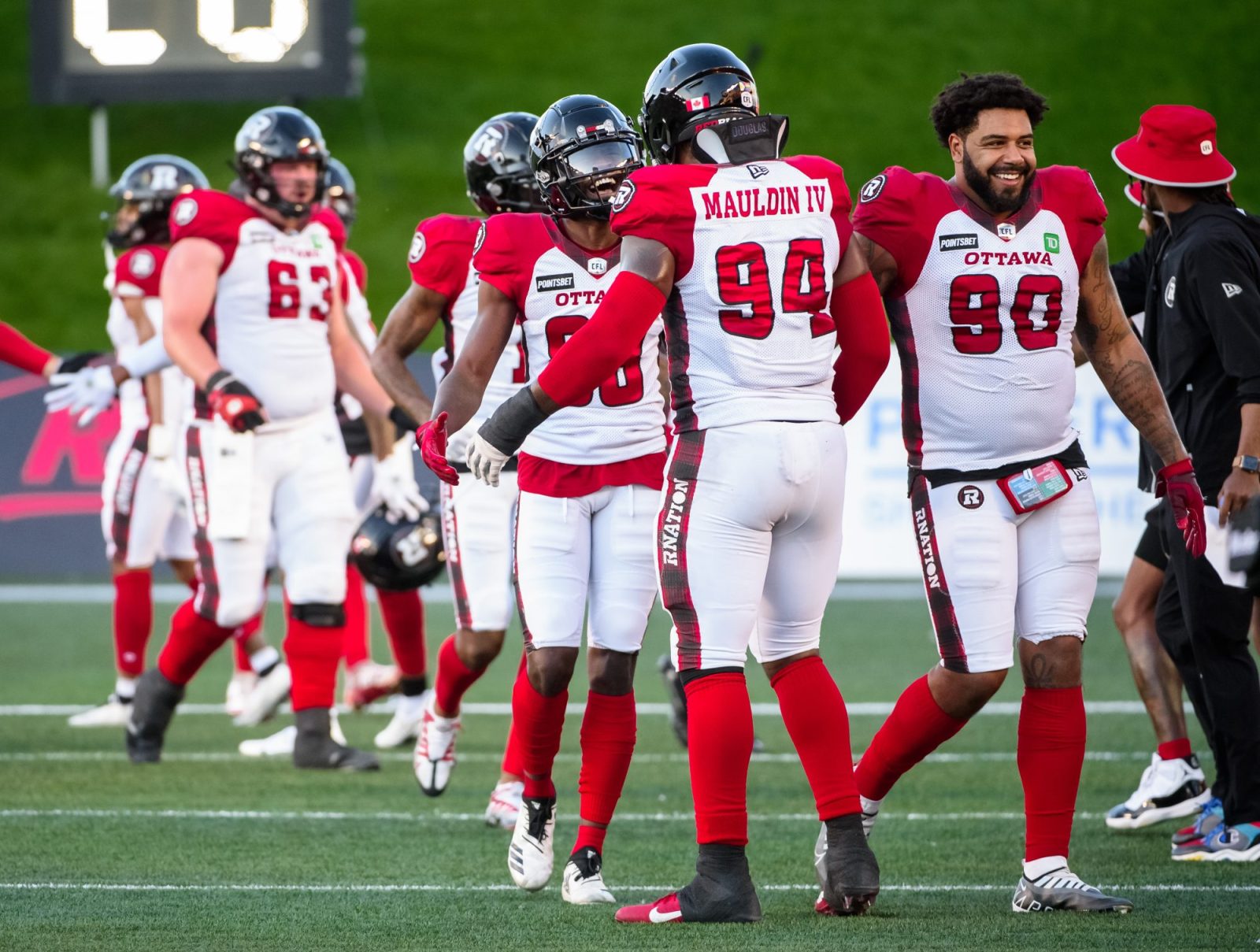 There are no two ways about it; either the Ottawa REDBLACKS get a win in Hamilton on Friday night, or their hopes of making the playoffs will be dashed.

The REDBLACKS’ brigade of former Tiger-Cats players are making the five-hour trip south for a different kind of homecoming. There won’t be a warm welcome, and they won’t be able to take in the atmosphere. All of the focus is on finding a way to get two points, and keep their season alive.

Sometimes facing a former team can give a player an extra jolt of energy, but for Lorenzo Mauldin, the CFL’s leader in sacks, that isn’t going to be necessary.

“That’s more than enough motivation right there,” he said, speaking of the do-or-die scenario.

The situation isn’t as simple as winning games for the REDBLACKS, however. Currently sitting at 4-12, they don’t control their own destiny. They need some help in the form of Calgary Stampeders’ wins over the Saskatchewan Roughriders in the final two weeks of the season. The need for help from other teams hasn’t changed the mindset in the dressing room, and little attention is being paid to those games right now.

“You take it step by step,” said running back Jackson Bennett. “You can’t worry about the other stuff, because you don’t want your head to get all fogged up with stuff you can’t control.”

The stakes quite literally couldn’t be higher for the REDBLACKS right now, but there’s no fear in the group. Everyone knows the scenario, and what needs to happen for a chance to make the playoffs, but the high-pressure situation has brought on a sense of calmness for many of the players.

“We’re all in a good mindset, and we’re prepared to go to Hamilton on Friday and do our job,” Bennett said. “We’re really excited, and it’s going to be a fun game.”

Even through the struggles this season, Ottawa has offered a handful of former Tiger-Cats the chance to become stars in the league. Mauldin has taken full advantage of his chances, and has struck fear into the hearts of opposing quarterbacks, Jaelon Acklin has nearly 1,200 yards receiving, and Bennett now has an opportunity to start at running back for the REDBLACKS.

For Bennett in particular, the chance to start at running back in a stadium he used to call home is an incredibly cool opportunity. He has gone through the wringer to earn that chance, including playing defence in his first season in the league. Now, the recently engaged Bennett is ready to take advantage of the opportunity to close the regular season.

The same can be said for Mauldin. There’s no need for any extra motivation, of course, but he says that there’s always time for proving people wrong. Whether it was the New York Jets or the Tiger-Cats, he says that they gave up on him too early, and now, he has a point to prove, and earning a victory would be the best way to make that happen.

“It’s just the feeling of going out there and showing them what they are missing,” Mauldin said. “You never know what might happen next year, or in the seasons to come, but it’s us against them right now.”

Getting that win won’t be easy, it never is when the REDBLACKS meet the Tiger-Cats. The pair have played in countless meaningful games to end seasons, whether it be the East Final, or late regular season games that have massive playoff implications, these games always seem to be critical for both teams.

Offensive lineman, and former Tiger-Cat, Darius Ciraco says that in Game 17, everyone is a little banged up, but it’s about who wants it more. It’s about the little things, and Ciraco says that if the REDBLACKS can execute, they like their chances.

“We have to win our one-on-one battles, that’s really what football comes down to,” Ciraco said. “When it comes time to make a play, you have to make it.”

REDBLACKS fans have been starving for wins, and Bennett acknowledges that. There’s no secret surrounding that. Even if there’s no extra motivation for the former Tiger-Cats returning to Hamilton, earning that win for the fans in RNation is giving everyone the extra pick-me-up.

“We have been doing our best to try to claw our way to wins for this city,” said Bennett. “It’s expected out of us to go out there and win on Friday.”