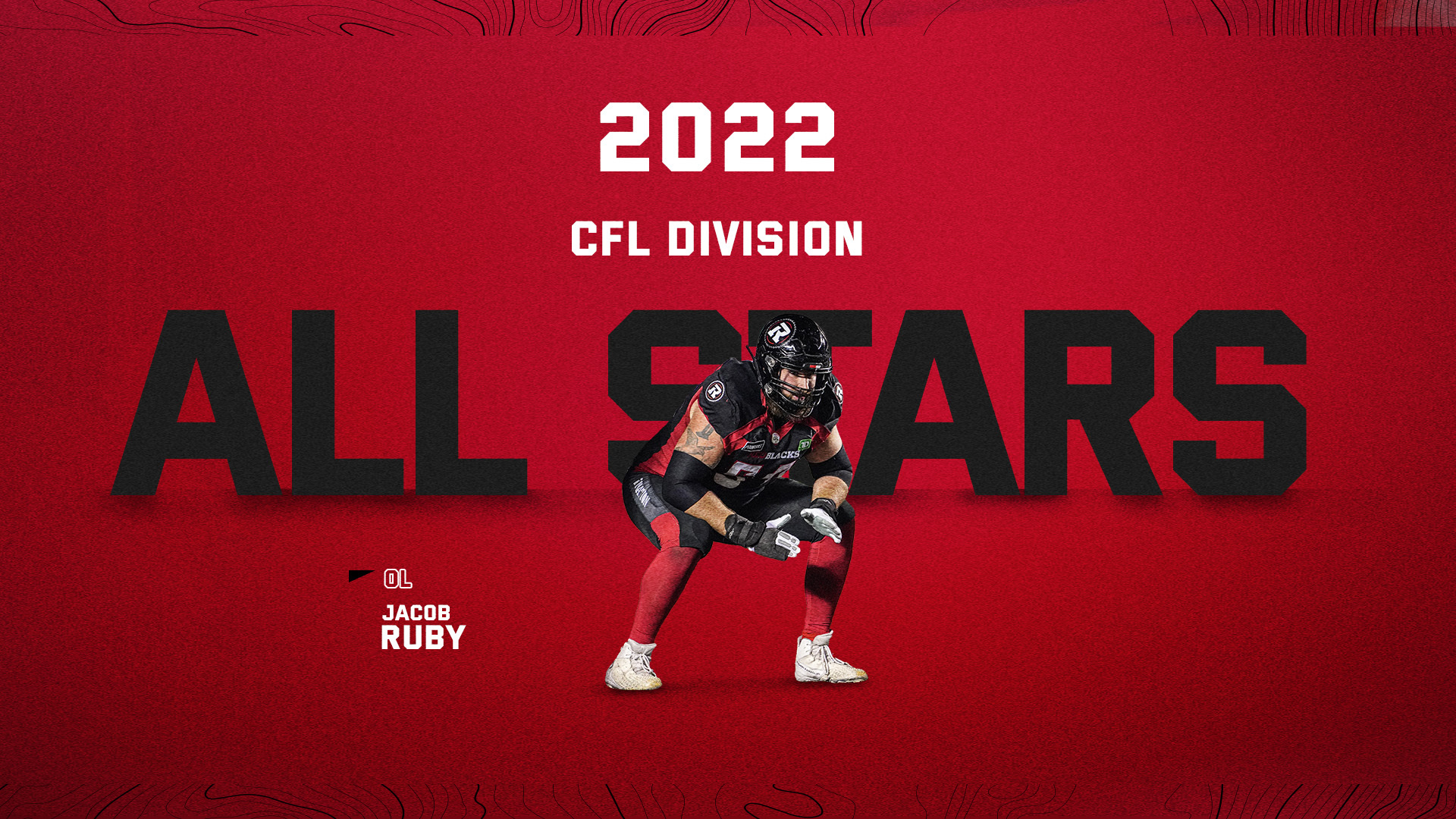 Ruby, 29, suited up in his first season with the REDBLACKS, and was an anchor on an overhauled offensive line. The 6’7 325lbs London, Ontario native appeared in all 18 games, serving as a key National player in both the run game and in pass protection.

This is the first time in Ruby’s seven-season CFL career that he has earned All-Star honours. He joins defensive lineman Lorenzo Mauldin IV, and receiver Jaelon Acklin as one of three REDBLACKS named to the 2022 iteration of the squad.

The 2022 CFL All-Stars will be announced on Thursday, November 10.