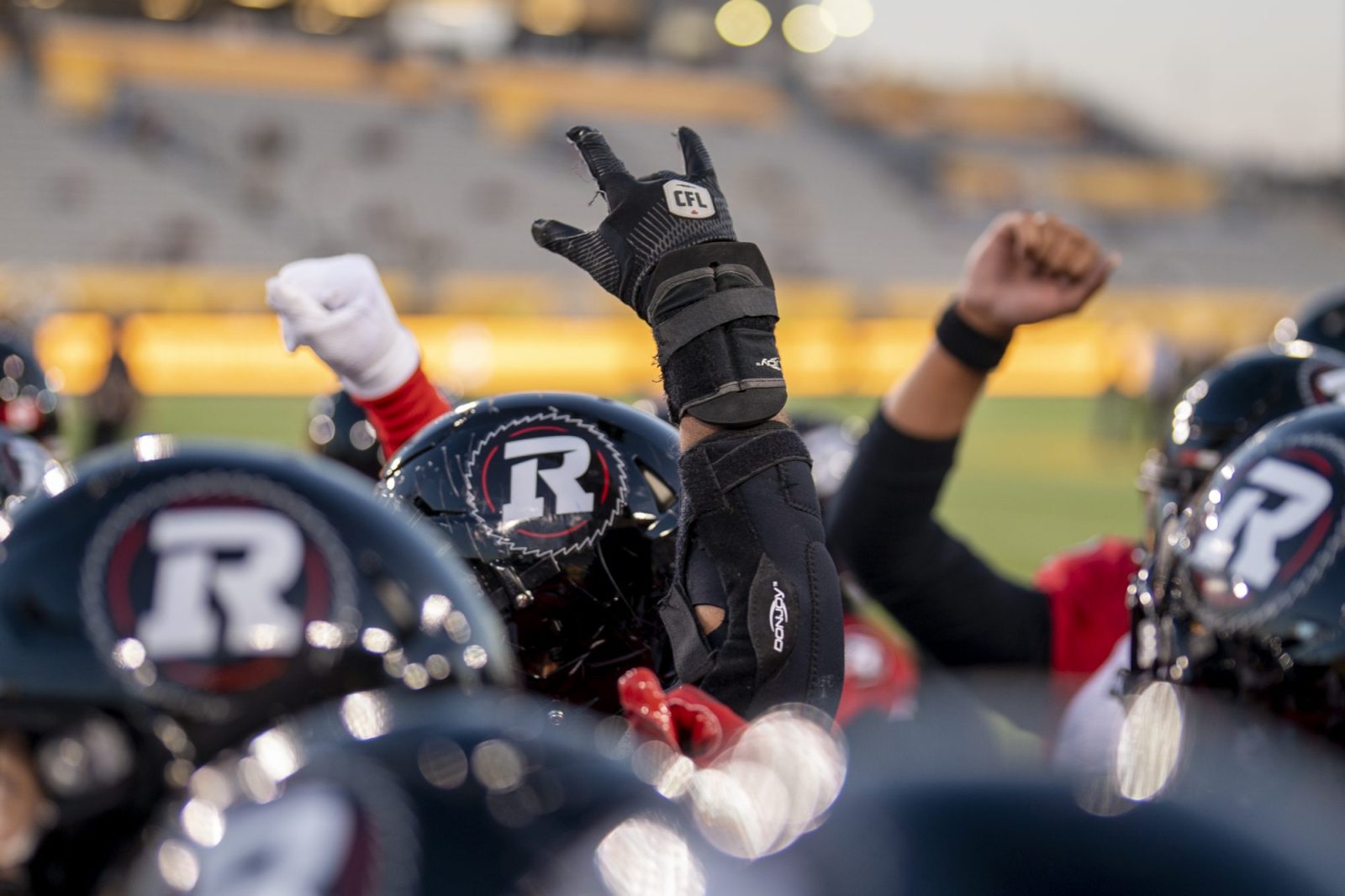 It was another eventful week for Shawn Burke, the General Manager of the Ottawa REDBLACKS. RNation found its festive spirit, with the re-signing of Justin Howell, Nigel Romick, Jackson Bennett, Dino Boyd, and Nate Behar as the week came to a close.

There are many different elements that make a football team tick and potentially lead them to a Grey Cup, and there will certainly be debate about what ranks where. Among the list, with certainty, is a team’s Canadian crop of players, and the offensive line. This past week, Burke addressed both, working to build on the positives of the 2022 season.

Offensively, returning Behar and Bennett was a big win for the REDBLACKS, Burke says. Behar is coming off a career-best season in 2022, where he picked up 727 receiving yards and two touchdowns, both career-highs. Burke says that Behar has also grown into a leadership role in the room, and is someone the young players on the roster look up to.

Finding a deal that worked for both parties was a priority for everyone, Burke says, and before long, a deal was struck, keeping Behar in the nation’s capital for two more years.

“Nate and I have had an open line of communication since I came in, and we negotiated his contract for last season together,” Burke said. “We did the same this year, and it got to the point where we were close enough to bring it together and get it done.”

Bennett is much the same for Burke, who likes the flexibility the running back brings to the table.

“You don’t want to be tied to certain positions roster-wise,” Burke said. “Bennett gives us the ability to start a Canadian if we need to, but if he is backing up, he’s an excellent special teamer, too.”

Bennett also inked a two-year deal this past week, giving Head Coach Bob Dyce and Offensive Coordinator Khari Jones a good base for the integral Canadian talent. Defensive Coordinator Barron Miles wasn’t left out, however, and Burke got to work with more Canadian options.

Although Romick has primarily played on the special teams since arriving in the league, the original REDBLACK does offer depth on the defensive line, pairing the speed of a linebacker with the size of a defensive lineman according to Burke.

In the secondary, Howell was the REDBLACKS’ starting safety until injury prematurely ended his season. Only able to play in five games last season, Howell finished with 14 tackles and two forced fumbles, while still contributing on special teams.

“When Justin has been given a chance to play on defence, he has excelled,” Burke said. “He won the job last year, and we’re excited to give him the opportunity to come back.”

Perhaps under the radar, however, is Daniel Valente, who signed with the REDBLACKS after his final season with the Western Mustangs. Valente was the club’s fourth-round selection in the 2021 CFL Draft, but was impressive in training camp and the preseason, before spending the opening weeks on the practice squad, ahead of his return to school.

Burke has high praise for the London native, saying he’s “everything you look for in a football player.” Between Howell, Cranston, Alonzo Addae, Valente, and whomever else may be involved, the REDBLACKS are hoping for competition at safety, with someone rising above the rest and claiming the starting job.

With the Canadians slowly piecing themselves together, a clearer picture can be painted about the roster, heading into the new year.

“Whenever you can start pointing at your unequivocal seven starting Canadians, it will make the rest of your job easy,” Burke said.

The offensive line is also being addressed, and with the re-signing of Boyd, things are well underway.

“Dino solidified himself at tackle last season, but I think there’s still plenty of room for growth,” Burke said. “There’s a ton of potential with him.”

In 2022, the offensive line took a massive step forward, allowing just 34 sacks, good for the third-fewest in the CFL.

“It wasn’t just about the number of sacks given up, but it was the ability to protect the quarterback,” Burke said. “We’re still carving out an identity of being more physical down by down, but were excited to bring some members of that group back, and continue to build on last year’s momentum.”

With Ucambre Williams announcing his retirement via Instagram in November, the potential to promote from within exists for the REDBLACKS. There’s plenty of confidence in young players such as Zack Pelehos, and Cyrille Hogan-Saindon, but the potential to add from the outside still lingers.

“We have young guys developing, and we’re always going to look at what’s available out there, but we feel we have the pieces to build a consistent offensive line.”

For those concerned, Burke is offering assurance that this is only just the start, and there’s plenty more to come.

“We’re not done by any means, both with Canadians or Americans,” he said. “We’ll have to see what Free Agency brings us, but we have some good momentum with getting guys under contract the past couple of weeks.”