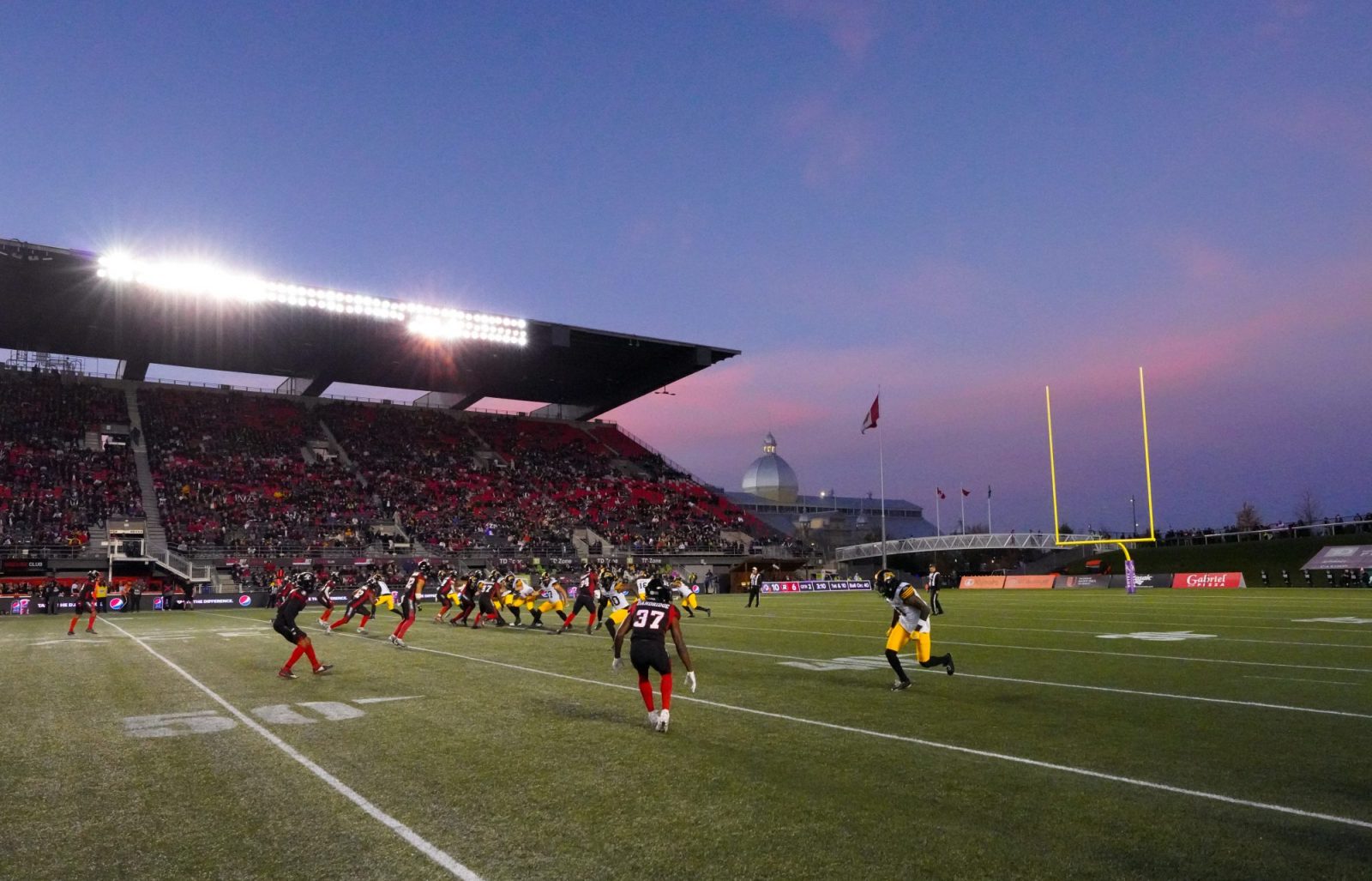 It has been more than a week since the Ottawa REDBLACKS and General Manager Shawn Burke last made a re-signing, but the quiet in the public eye doesn’t mean things haven’t been happening internally.

The negotiations have continued, and the REDBLACKS are looking ahead to the big dates coming up; including free agency and the draft. Those processes haven’t slowed, and Burke says that he’s hopeful more news will break in the coming days.

“We’re still working away,” Burke said. “There are some guys we still need to talk to, and some that we are continuing to talk to, but there’s a process to get to know. Sometimes it’s about seeing what the market dictates for some position groups, and some get set a little sooner than others.”

Getting contracts done isn’t as cut and dry as it may seem, and Burke says that there’s a lot for both parties to consider. From the player’s perspective, money is important, obviously. But it’s not selfish or greedy, it’s about maximum earning potential, in order for players to provide for their families beyond the end of their football career.

Free agency also offers players a chance to find the perfect fit, whether that be the right coaching staff, a scheme that fits them, a chance to start, the best city for their lifestyle, or the right school for their young children.

“It might be their one time to have a huge impact on their life, and if they have to see that through and see what’s available when it gets to free agency, I totally understand,” Burke said. “They need to make the decision that’s best for them personally, financially, but most importantly, for their family.”

The stakes may not be as personal for the front office, but when building the best football team possible, there’s still plenty to consider. Of course, there’s finding the right players who will fit the scheme, and with a new Head Coach, Offensive Coordinator, and Defensive Coordinator, Burke is doing plenty of that.

Then there’s one of the biggest issues to navigate: the salary cap. According to Burke, there’s more than just dividing his available $5.45 million between 45 players, he needs to account for players being placed on the one-game injured list, and his practice roster, among other things. Still, there’s wiggle room.

“We’re not a day-to-day cap league, we’re an end-of-the-season cap,” Burke said. “There are points of the season where you can trend over, and you’ll either need to make some tough decisions, or there will be some attrition through long-term injuries.”

Sometimes, the organization and the player want to move at a different pace. All the factors that help bring a deal together don’t always mesh, and while Burke says he doesn’t like to tell players and their agents to “take it or leave it,” difficult decisions occasions need to be made.

“You can’t wait on one guy if he wants to go all the way to free agency, and let it hurt other things,” Burke said. “The best thing to do is have an open line of communication, and let the player and agent know ‘hey, I have this [money] for you now, but it doesn’t mean it’s going to be there forever.’ The players have to make the choice.”

In those scenarios where a deal can’t be struck, it doesn’t mean that there is bad blood between the organization and the player, and it doesn’t suggest the General Manager didn’t want to bring a certain player back. Burke says that it’s just business, and even if both parties want to strike a deal, the numbers don’t always add up.

“I came to realize a long time ago that it’s nothing personal,” he said. “It’s the same with me. Sometimes, I’m the one giving them the bad news. I wish I could pay everyone as much as they want to get paid, but we have to work within the rules, and put the best possible team together.”

On both sides, there are a lot of compromises, but there are even more factors that need to line up. The REDBLACKS aren’t done working with their current free agents, and Burke says there will be an open line of communication as long as possible.