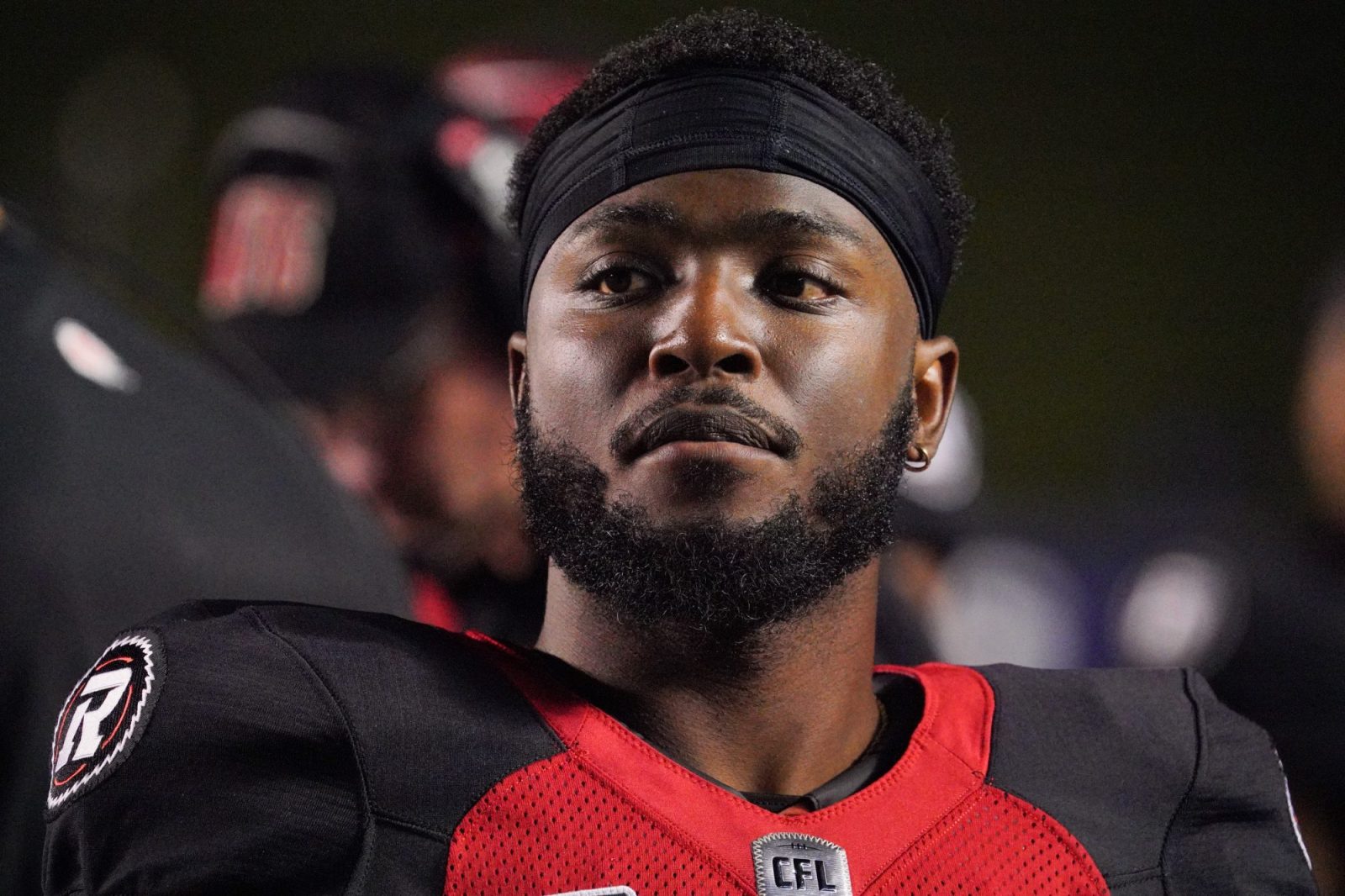 Whenever DeVonte Dedmon struts onto the field, a bubble of energy builds up over the stadium, just waiting to pop.

After two seasons where Dedmon took three kicks back for touchdowns, he was scooped up by the NFL’s Miami Dolphins, and when the Ottawa REDBLACKS kicked off their season, their kick-returning star was missing. That was the case until late in the campaign, when General Manager Shawn Burke brought Dedmon back, shortly after his NFL release.

With their personal relationship only months in the making, Burke says that Assistant General Manager Jeremy Snyder “ran point” on this negotiation, citing their history together as the primary reason. Burke was still involved with the negotiations, however, meeting with Dedmon on two different occasions, to discuss where both parties were in the process.

A deal was months in the making, according to the General Manager. Both the player and the front office wanted to make something work, but it required patience, as all deals do.

“From the end of the season, DeVonte made it well known that he wanted to make something work here, and we made it known that we also would like to make it work,” Burke said. “It took some time for the sides to come to an agreement, but at no point had communication broken down.”

In 2022, the REDBLACKS ran into a problem when it came to Dedmon. Despite his best efforts, current Head Coach Bob Dyce couldn’t mock teams hard enough to make them willingly kick to Dedmon, and they seldomly chose to do so. Often, the ball would be kicked short, as teams opted to give up 15 or 20 yards, just so Dedmon wouldn’t touch the ball.

He had just 21 kick return opportunities in 2022, excluding missed field goal returns, but when he did have a chance, it was often with a handful of bodies already surrounding him. This season, Burke says they have to adapt to what other teams have done, and get him opportunities wherever possible.

Every minute that the opposition spends accounting for Dedmon is a minute they don’t spend game-planning for other aspects of the game, something Burke has experienced before.

“He’s such a dynamic player, a threat every time the ball gets into his hands,” Burke said. “It requires a lot of attention [from the opposition] when you have that kind of a game changer on special teams. I can vouch for that, having seen what our coaches had to do while I was in Hamilton.”

Whether the opposition starts kicking to Dedmon again in 2023, or they remain afraid of him, trading copious amounts of yardage to stop him from breaking one, he makes an impact on the team.

Be it by giving the offence a shorter field to work with, or scoring himself, Dedmon helps the REDBLACKS get closer to the goal of winning the special teams aspect of the game more often than not, going a long way to helping win games, Burke says.

“Most weeks, you have to win two of the three phases of the game, some combination of offence, defence, and special teams,” Burke said. “We think Dedmon is the best returner in the league, and he gives us a chance to score on special teams at any moment.”

Dedmon’s impact is well documented on the field, but what he brings to the locker room is possibly just as important. A beacon of positivity, the 27-year-old helped switch the moral when he arrived a season ago, and in their short time together, Burke has already spotted what makes him one of a kind.

“It’s about who he is as a person,” Burke said. “He loves the city of Ottawa, he loves the organization, and he always talks about billing a debt of gratitude, which he doesn’t owe us. Ottawa gave him an opportunity, but he created it.”

You don’t become a fan favourite without deserving it, and between his electrifying play on the field, and his humble and hungry approach, it should come as no surprise that Dedmon’s jersey is one of the most common in the stands at TD Place.