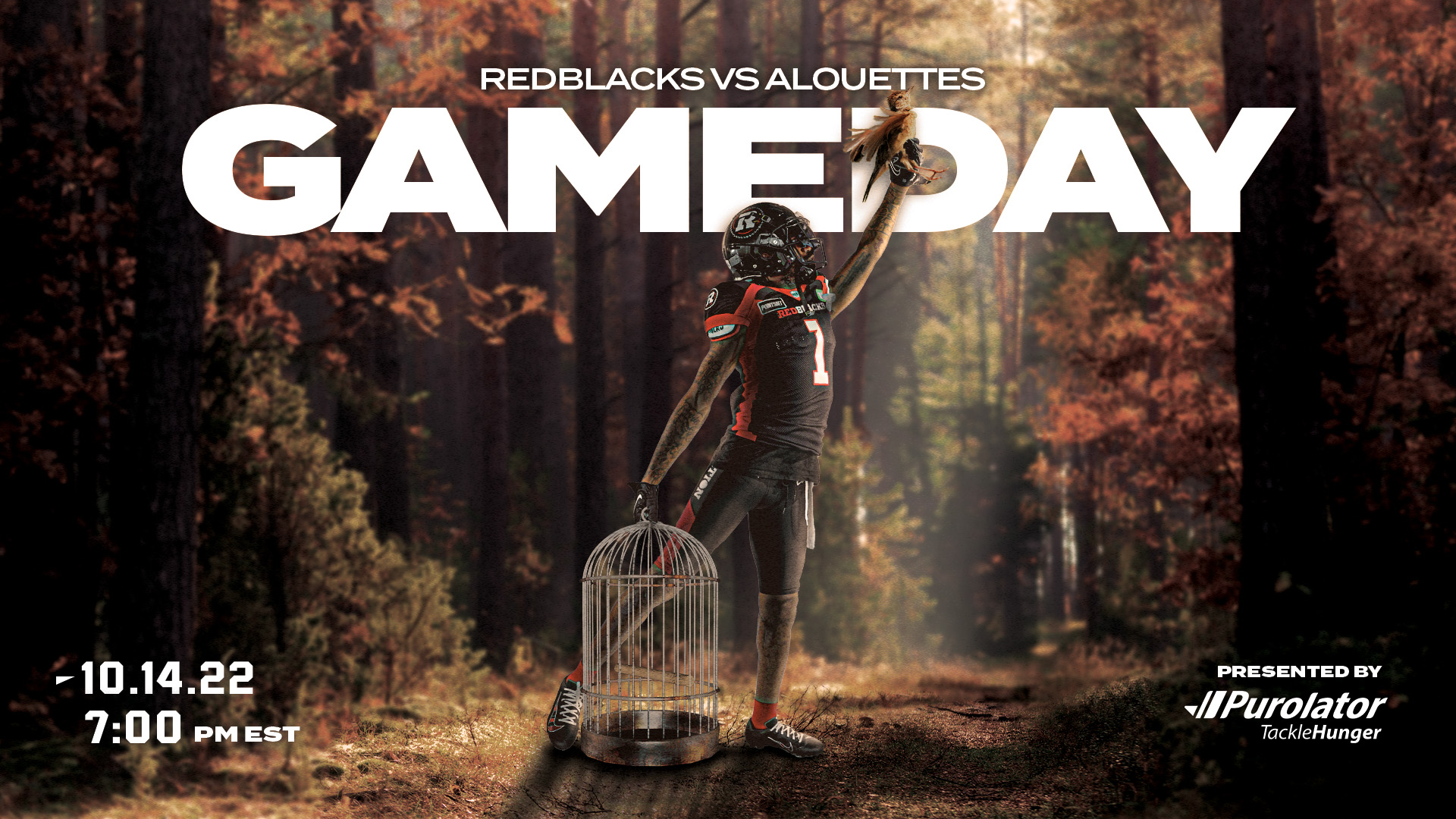 On the heels of a thrilling 24-18 road win over the Montreal Alouettes, Thanksgiving Monday, the Ottawa REDBLACKS are looking to make it two straight over their regional rivals, this time under the lights at TD Place. Kickoff for Ottawa’s penultimate regular season home game is set for 7:00 pm ET, and the REDBLACKS will celebrate their Oktoberfest game with RNation, as well as partnering with Purolator for the annual Tackle Hunger Food Drive.

In their first game with interim head coach Bob Dyce, the REDBLACKS rode a dominant second half to a huge divisional win over the Als on Monday. Nick Arbuckle threw for 229 yards, and Caleb Evans punched in a pair of rushing touchdowns, combined with three field goals from Lewis Ward.

On defence, it was a late, key forced fumble by Avery Williams that turned the tide for the REDBLACKS. Antoine Pruneau made the recovery, allowing the Ottawa offence to secure the game-winning score.

The win came at a cost, however, as the REDBLACKS will be without Jaelon Acklin, DeVonte Dedmon, Patrick Levels, William Powell, Praise Martin-Oguike, and Dino Boyd due to injury, on a short week.

In the loss on Monday, Als quarterback Trevor Harris threw for 338 yards, and a touchdown to Geno Lewis. Kicker David Cote provided the other 12 points, converting on four field goals. Montreal didn’t escape Monday’s contest without injuries of their own; and will be without centre Sean Jameison, and receiver Reggie White Jr. for Friday’s game.

Lorenzo Mauldin IV, defensive lineman, on the team’s attitude in these last three games, despite the odds: “When you clock in, you lock in. Each week we go in with the same mentality, and we still have an opportunity to be able to show our grit. The belief in this team is through the roof, we just have to keep pushing.”

Bob Dyce, interim head coach, on going up against Montreal with a depleted roster: “It’s certainly a challenge, and they’re in the same boat as us. You worry about the guys’ physical state because football isn’t a game where you normally play games in such close proximity. You have to be mentally and physically strong.”