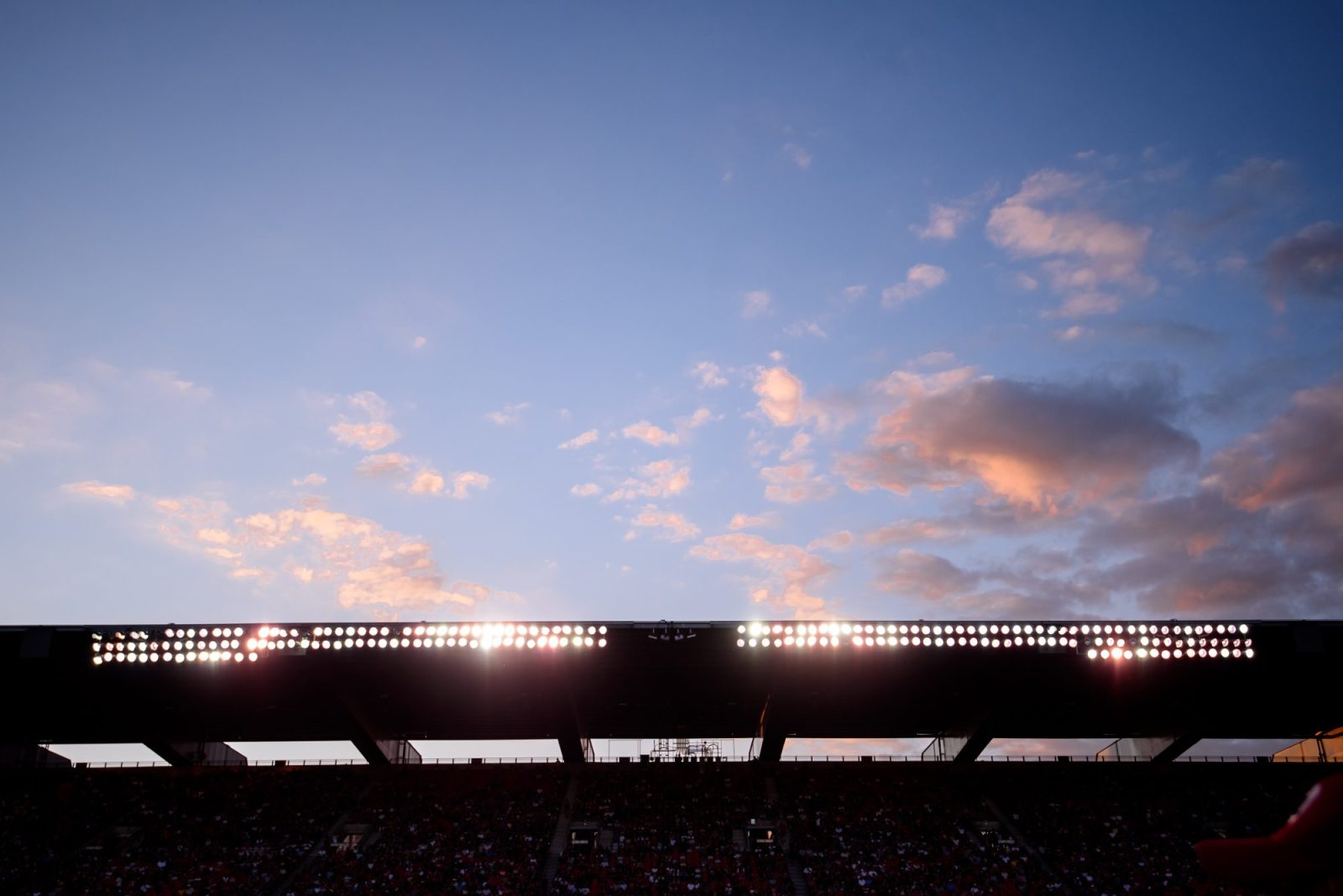 Having time to celebrate the holidays with family can be a luxury when you play a big role for a Canadian Football League franchise, and that’s the reality facing Ottawa REDBLACKS’ General Manager, Shawn Burke.

Two more deals crossed the finish line over the past week, both addressing the defensive line; Cleyon Laing and Kene Onyeka. With the focus over the past handful of weeks coming primarily with the offensive and defensive line, Burke revealed that he believes that in the CFL, you win games in the trenches, and with your quarterback.

From this perspective, the reasons for re-signing Laing and Onyeka become clear, but Burke added more, saying that both impact Canadians, and figure to be important pieces to the defence, although in different ways.

Laing, now in his second stint with the REDBLACKS, has become the prototypical nose tackle as his career has worn on, and although his numbers aren’t where they were five years ago, Burke says that his value is more than just sacks.

“As the season went on, I got to see what he really meant to the organization,” Burke said. “Numbers aren’t what defensive tackles produce all the time, it’s a lot of dirty work, and a lot of thankless work that’s only seen on film. To get a guy under contract that’s revered around the league as one of the best in his position group, not only nationality-wise but also play-wise, makes us excited.”

Onyeka, on the other hand, is at a much different point in his career, only just entering the upswing. He will be entering his fourth CFL season in 2023, and so far, each has been better than the last. In 2022, the Carleton University alum recorded five sacks and a forced fumble, his role increasing as the season progressed.

“Kene was a big re-signing for us,” Burke said. “He’s an ‘arrow up’ kind of guy (in terms of the progression of his career). He had a breakout season for us last season numbers-wise, but more importantly, he was a consistent game from game. To be able to re-sign him sets the stage for a good Canadian pass rusher, and those are hard to find.”

Burke says that the value of a player such as Onyeka is known around the league, and perhaps underrated publicly. He brings roster flexibility, sporting the ability to play special teams if needed, but could also start on the defensive line as a potential impact Canadian. But Burke believes that a defensive line is a place where rotations are key, and says the REDBLACKS are inclined to employ a rotation again this season, something Onyeka would be critical for.

That spelled the end of the week for player news, but while Burke, and Assistant General Manager, Jeremy Snyder continue to hold talks with other potential free agents, the lull in deals allowed the front office to take care of another critical aspect of the coaching staff.

Of course, there was already a foundation in place, with Bob Dyce being named head coach, the hiring of Barron Miles as the Defensive Coordinator, and Khari Jones taking care of the offence. Dyce got to work, along with Burke, finalizing his staff, returning a handful of coaches from last season, while finding some fresh faces as well.

In 2022, Onyeka and Laing were pieces of a much improved defensive line, piling up 47 sacks, the second most in the league, behind only the Calgary Stampeders. Burke says that it was more than just the players on the field, and credits Defensive Line Coach Mike Phair partially for the improvement. Phair is back, much to Burke’s delight.

“It was a great get for us late into the offseason last year,” Burke said. “You saw the results with our defensive line in 2022. He exceeded expectations, so it was a great choice by coach Dyce to bring him back for a second year.”

The same was said about Offensive Line Coach, Paul Charbonneau. In 2022, the REDBLACKS allowed the third-fewest sacks of anyone in the league (34), just five more than the Winnipeg Blue Bombers, a drastic improvement over the 53 they allowed in 14 games in 2021. Despite changing talent, Charbonneau brings consistency to the group, which Burke hopes will breed an even better offensive line in 2023.

Patrick Bourgon also returns to the team as the Linebackers Coach, along with Alex Suber, who is making the change from the Receivers Coach, to the defensive side of the ball, to coach the defensive backs. Toward the end of 2022, the REDBLACKS brought in Cory McDiarmid as the Special Teams Assistant, adding a coach with Grey Cup experience, after winning with the B.C. Lions in 2000, and the Saskatchewan Roughriders in 2013.

The working experience McDiarmid brings is one thing, but from their time in Saskatchewan, he and Dyce have plenty of time spent together.

“Most importantly, he has a good working relationship with coach Dyce,” Burke said. “Whatever Dyce is working on, Cory can focus on special teams, knowing the way coach Dyce wants it done.”

McDiarmid isn’t being brought in to be the lone Special Teams Coordinator, however. Burke says that he and Dyce will split the duties, but McDiarmid will be responsible for deciding who plays on what unit. He believes this is the best way to “get the best of both [coaches].”

Also new to the franchise is Running Backs Coach, Nate Taylor. Taylor is set for his first season as a CFL coach and has spent the past handful of years working with the University of Ottawa Gee-Gees. A part of the diversity program in 2022, Taylor had the chance to guest coach during training camp, and Burke says the moment was never too big for him, and the players knew him simply as “coach Nate,” signalling their respect for the young coach.

“He’s a guy that coach Dyce has known for some time,” Burke said. “We thought he was ready for that next step in his career path, and we wanted to give him the opportunity.”

Travis Moore rounds out the staff, returning for his second stint as the REBDLACKS’ Receivers Coach, but this time, with the added duties of being the Pass Game Coordinator. Moore has been coaching in the CFL since 2009 and helped the REDBLACKS capture the first Grey Cup in franchise history, in 2016.

As things continue to progress, and defensive line options start to be ticked off the board, fans have one player on their mind; the CFL’s sack leader in 2022, Lorenzo Mauldin. Burke shared that the team certainly wants the 30-year-old back, and the re-signing of Onyeka and Laing hasn’t changed that.

“We are in great conversation with Lorenzo and his agent, and we’re continuing to work towards bringing him back,” Burke revealed. “Sometimes these things take a little longer to come together, but we have a plan in place, and we have the ability to do some things. We have our options open.”

While addressing the trenches, Burke also received some good news about his quarterback, Jeremiah Masoli. The recipient of a devastating leg injury last season, Masoli looks to be on the right path.

“Jeremiah was in town for some medical visits just to make sure he’s on track, and I can say that he’s going great,” Burke said. “We fully expect him to be completely healthy long before the start of training camp.”