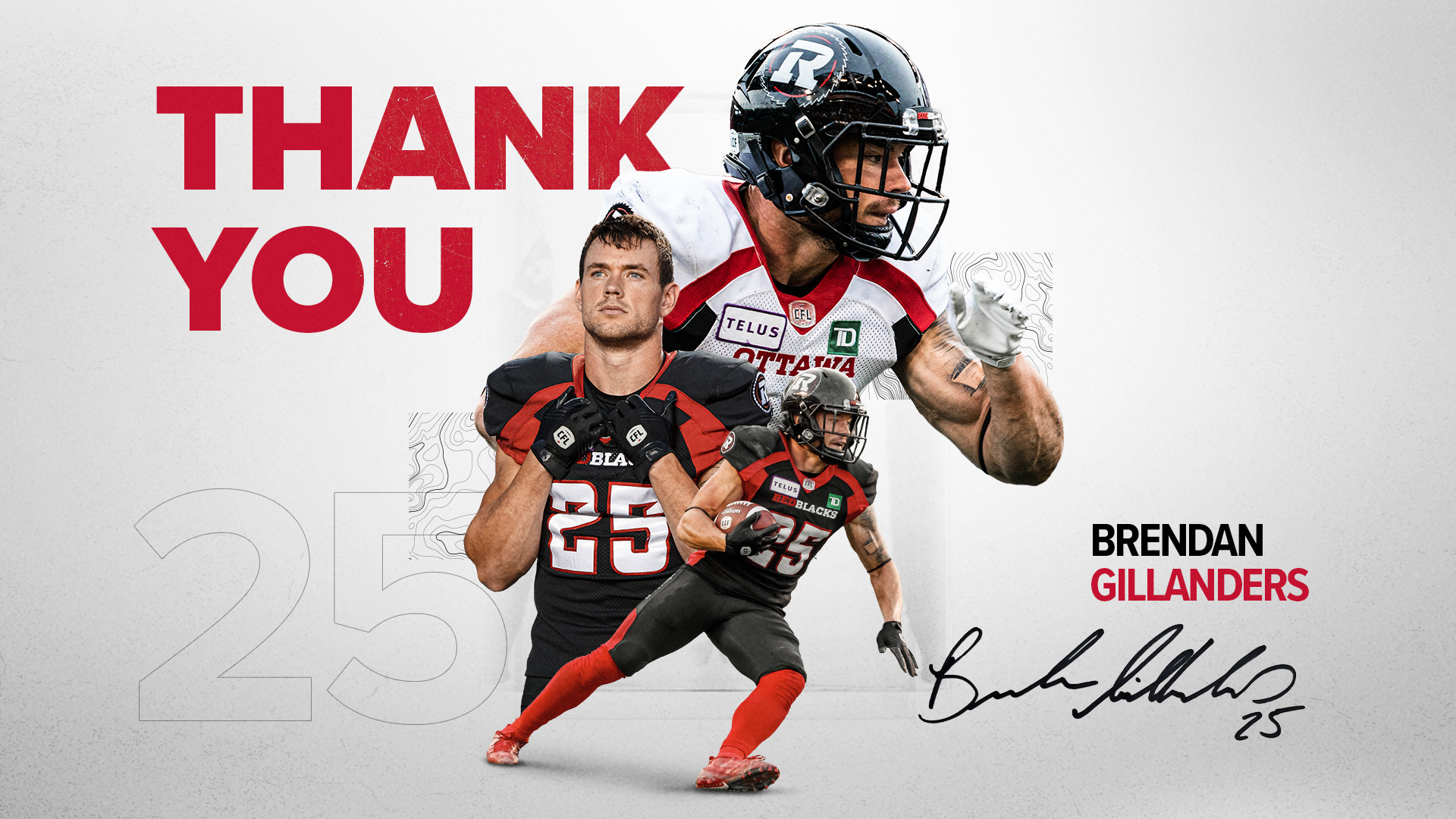 « When I started playing football here in Ottawa at the age of 10, I never dreamt I would one day play in two Grey Cups, and help bring one home to family, friends and our amazing fanbase. My family and I are sincerely thankful to the REDBLACKS organization, all of the wonderful people working at OSEG, and the OSEG Foundation, » said Gillanders. « As hard as it is to walk away from playing professional football, it is much harder to leave the amazing people in our locker room and facility. Finally, as the newest member of RNation, I could not be any more excited to watch Coach Dyce lead the REDBLACKS into the 2023 season, as they work towards another Grey Cup. »

Born in Orleans, Gillanders played his collegiate football at the University of Ottawa, before signing with the Toronto Argonauts on December 18, 2013. He spent two seasons in Toronto, before inking a contract with his hometown REDBLACKS on February 9, 2016. Gillanders helped Ottawa to their first Grey Cup victory in 2016, and another appearance in 2018, as a fixture on Bob Dyce’s special team’s units.

« I honestly believe if something had ever happened to me, Brendan Gillanders could have played and coached our special teams unit at the same time, » said Head Coach Bob Dyce. « I’m not sure I’ve had a player prepare with the professionalism and detail that Brendan did in my seven years in Ottawa. Gilly set the standard high for himself and his teammates and we will miss him immensely. We wish him and his family all the best as they embark on this next step. »

All told, Gillanders wraps up his CFL career having appeared in 114 regular season games, rushing for 302 yards on 66 carries, and racking up 344 yards on 39 receptions. On special teams, he recorded 63 tackles and a forced fumble.

Off the field, Gillanders has been a mainstay in the Ottawa community, regularly teaming up with the OSEG Foundation and participating in events throughout the city. His work in the community and his passion for the game led to Gillanders being named the REDBLACKS nominee for the Jake Gaudaur Veteran’s Award in 2022.